This is a guest post by critical care paramedic and former attorney John C. Fekety, J.D., EMT-P. If you want to guest post or review on this blog, check out the guidelines here.

In a past life, as a juvenile court probation officer, an attorney corrected me on a point of law. When I gave my explanation of why I had come to my conclusion he replied, “A little knowledge is a dangerous thing.” Those words have served me well in the many years that passed and the several professional paths I have followed. It is because of those words that I am writing this blog in hopes of saving people from being told the same thing, but only after they make a fatal career error.

By now the word has spread like wildfire that the National Labor Relations Board has filed an unfair labor practices charge against one of the branches of American Medical Response in Connecticut for firing an employee over Facebook postings. Also spreading like wildfire is the misconception that you can say anything or post anything on-line and your employer cannot do anything to you. Like many things in law, this case turns on specific facts that sets it apart from simply an employee making derogatory statements about an employer. First, as the result of a workplace incident, the employee was called into a meeting with supervisory personnel. The employee, believed that the meeting was for disciplinary purposes and requested union representation, which was denied. Second, after the meeting, which turned out to be a forerunner to discipline, the employee using her own computer at home made disparaging remarks about her employer and/or it’s management to co-workers using her Facebook account. Although AMR claimed that the employee was later terminated for other serious violations in addition to making derogatory statements about the company and its personnel, the NLRB found that the employee was actually fired for those comments and filed a complaint for violation of the National Labor Relations Act.

Hopefully everyone knows that the First Amendment does not protect anyone from yelling “fire” in a crowded theater, nor causing a mob of people to riot. Nor would the First Amendment play a part in the AMR case since only a government agency is prevented from infringing upon your right to free speech. What this case is about is the fact that an employee tried to assert her rights under a union contract and then after being denied those rights, complaining with coworkers about the company. This is not a case of telling your boss to kiss your ass when you are given an assignment or using a racial epithet or telling a sexist joke. Any of those can still, and should, get you disciplined. This case stands for the principle that coworkers have a right, as the NLRB has stated, to not only stand around the water cooler and talk about the company and working conditions, but also to use the internet as a means of discussing work related issues. Furthermore, this case is only at the beginning stages. Not only are there several layers of normal appeals that can take place before a final decision is reached, but given the fact that the internet and Facebook are involved, I suspect that this case may very likely reach the United States Supreme Court before all is said and done. (I will follow this case and with Greg’s permission post more of its developments here.)

So please, don’t be the next victim of making a bad decision because of “a little knowledge ….” even if you feel your employer is not acting in a professional manner, try your best to see that you do.

John Fekety graduated Rutgers University, BA in psychology, and George Mason University School of Law, JD. He worked 8 yrs as a juvenile court probation officer and 15 yrs as an attorney with cases including employment law, civil rights, domestic violence. John has been in EMS as a volunteer at a combination Fire/EMS fire dept and has been a paramedic for 10 years, currently working for Southern Berks Regional EMS in Reading, Pennsylvania. 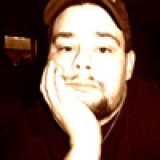 Dave is an EMS provider based in New York City for over 20 years and has been blogging for over 10 years. He is experienced in all facets of EMS Service Management, Emergency Management, and specializes in Event Medical Services. He maintains a blog at DavidKonig.com, is an EMS1.com Columnist, and will be authoring on all things social (including Social Media) here at The Social Medic.